Many people are now exposed to the theft of intellectual properties by Safaricom Plc.

One thing that many people have shared today is that Kiprono, the guy that shared his multi-data bundle use with Safaricom should’ve registered his idea.

About a year ago i shared this idea with Safaricom on how one client can share data bundles with others no matter the distance, for example, like i can hotspot someone in Mombasa while i am in Kisumu through Safaricom.
Fast forward 2021, they adopted the idea🤷🏾‍♂️ pic.twitter.com/m1CdzCefgK

Ideas are not registrable, but as a Utility Model, he could’ve had a chance.

Nevertheless, as recent court wins by Safaricom show, registering a patent with Kenya Industrial Property Institute (KIPI) or Kenya Copyright Board (KECOBO) is not enough.

If Safaricom thinks your innovation is good, they’ll steal it, wait for you in court and with a big financial muscle that does more than hire lawyers, they’ll get away with it.

Safaricom will buy the judges and you’ll have nowhere to report.

The court ruled Friday (30th July 2020) that Jonathan Murangiri Gikabu failed to prove that Safaricom seized the MPESA 1 Tap idea from him.

Mr Gikabu claims that he shared the idea with Safaricom together with a Non-Disclosure Agreement (NDA).

The case has taken long in the corridors of justice and it seems obvious that the Telco used delaying tactics to intimidate the poor chap.

“It is not a matter of perception or morality. Of course, it may be unprofessional to do so or morally wrong. But from the legal point of view, the Plaintiff (Gikabu) bore the burden to prove the same,” Justice Nzioka said.

Gikabu wanted a mere Sh209 million as compensation. The court or his lawyers failed. Maybe. 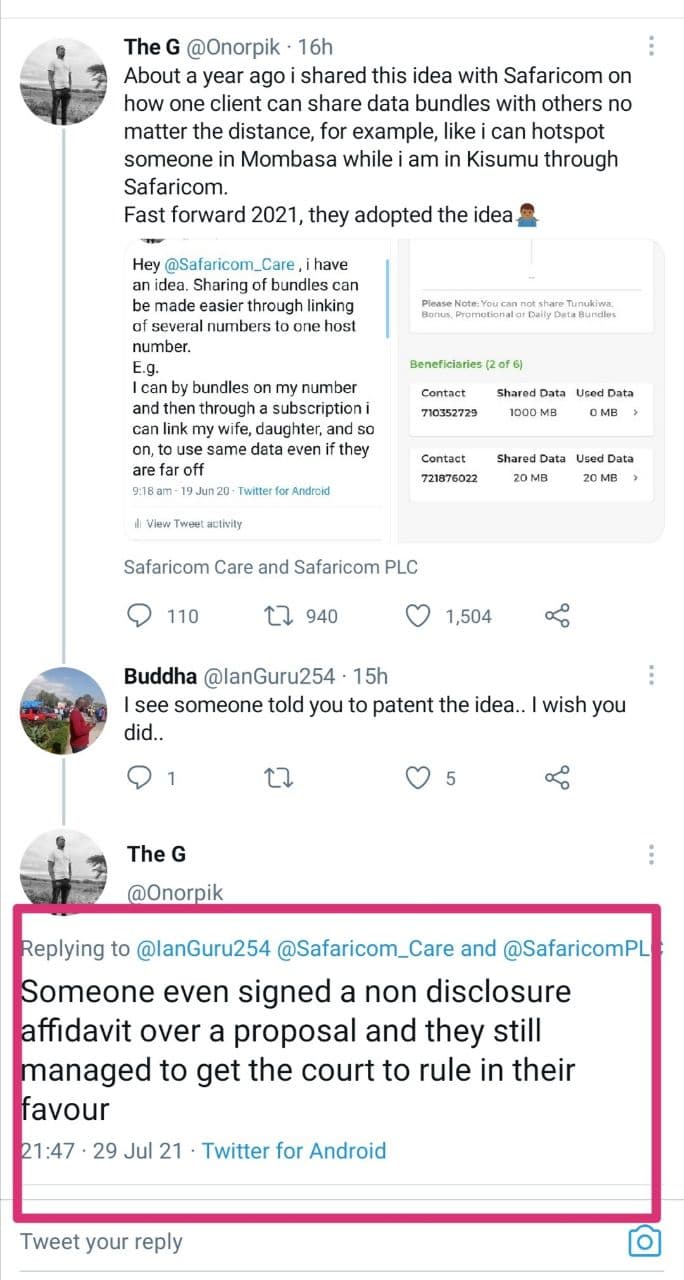 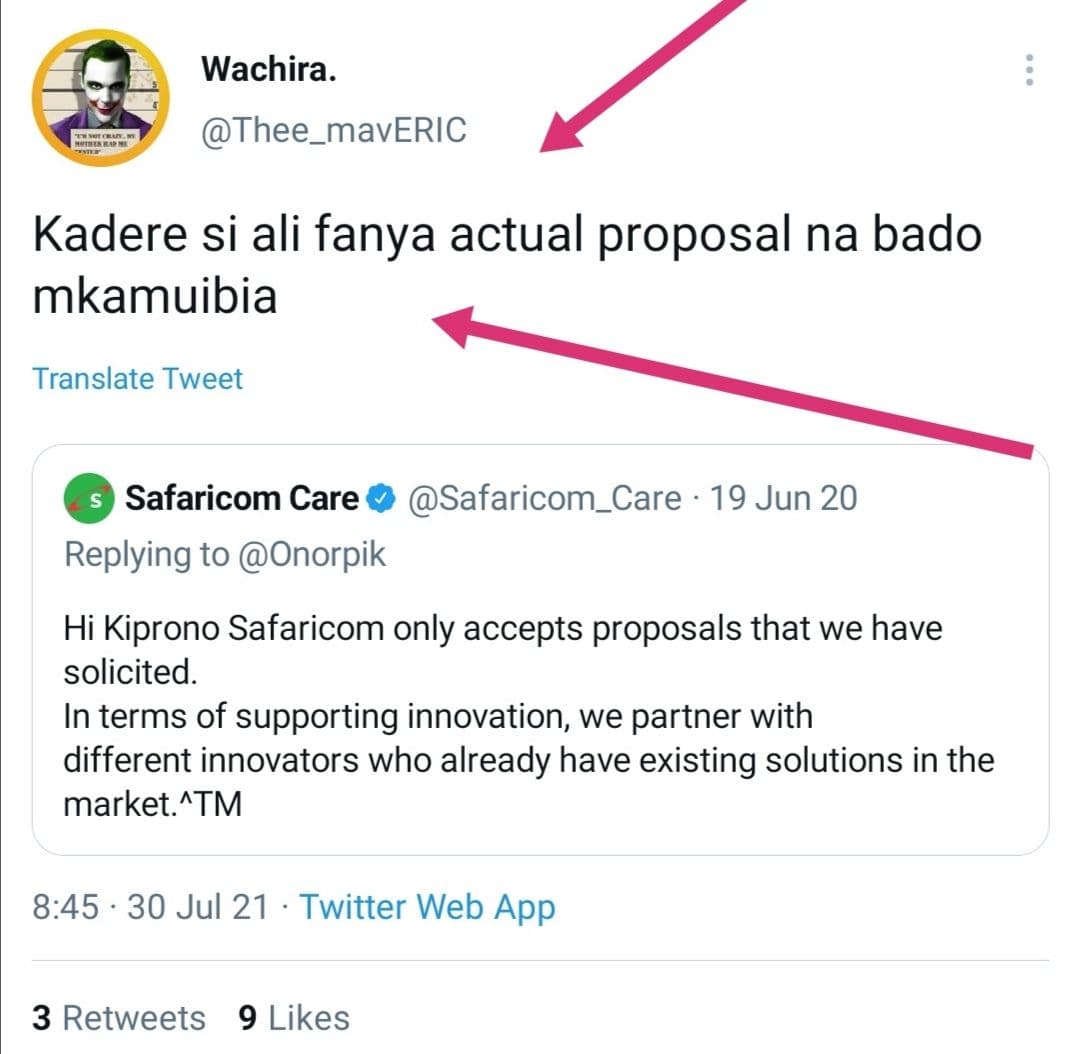 Kibo’s utility model was stolen by Safaricom and repackaged as MPESA Bill Manager for Businesses.

The case is before a Tribunal as courts are not the best place for them.

The lesson is that despite registering or giving an NDA. The impunity that is in Kenya continues to win if more people keep silent.

In the face of the huge bribes and threats, Kenyans trust the authorities at KIPI, KECOBO etc to do the right thing.