Racism: Peace & Conflict in the USA

In a world that is fashioned out of slavery, oppression, and above all a religion that one man is better than the next based on the color of their skin. In a worldly sense, most organizations that fight for equality needed a person who speaks traditional truth about justice.

The world is not a fair place. However, most people have dealt with that, living under the yoke of unfairness and oppression, until they couldn’t anymore.

The urge to break free, led to the founding of the organizations that fight for peace, equality, fairness, and justice, but after over 50 years of existence, any sane human being would question why these organizations haven’t achieved much. Were they hijacked along the way?

With this single question; why haven’t these organizations that fight for human rights, equality and justice achieved much? One would be forgiven to think that all people think the same.

As a teacher who seeks to help other people disengage from what ails the world, and as such, what makes such organizations dysfunctional; they are bound to meet the great opposition from people who benefit from the status quo.

It even gets more interesting when there are accusations that all the world’s media houses, diverse as they look in name, are just a web that twines back to about three owners.

Now, this begins to draw a picture in your mind, on how the world of a conflict and peace personnel is not always easy.

What do you think?

This article is based on tweets of Dr Wandia Njoya (@wmnjoya), a lecturer at a local university.

It is about the newly signed KICD Act, which among other things continues to  useher in irrelevant and unncessary addition to the Kenya Competency-Based Curriculum – CBC

In April 2015, students at Garissa university were minding their own student business, just being young and being students, because that is what we want young people to do. They had expressed worries about the hostility towards non-locals, but education kept them there.

On the morning of April 2 2015, they were attacked by terrorists. Within hours 147 were dead. But it’s not about the number. These are young people. The future of their parents. Love and nurturing had gone into them because that’s what we human beings do.

There was a response from the Recce squad that stopped the carnage, but later on, we found out that it would have been sooner had the police helicopter not been attending to more “important” matters. The important matters were the police chopper that was available, (I think the only one of the many that was working, considering billions wasted on dysfunctional choppers), was ferrying some slay queens from Mombasa to Nairobi after a weekend of sexual escapades.  Click me to read more.

We have always known there is a problem with the intellectual orientation of the police, given the ease with which they kill young men for things as simple as being deaf or coming home from a football match.

READ: Boniface Mwangi’s on the intellectual orientation of Kenya police.

But instead of getting a fundamental intellectual reorientation of the police, what did we get? A makeover and catwalk rehearsals for Beijing Fashion Week, depicted by the new blue police uniform. 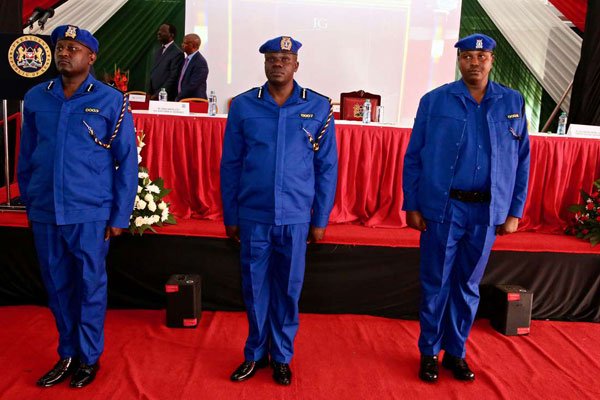 We also know that Garissa and neighboring counties have been subjected to systematic marginalization since before independence. KDF and the police have ravaged the people of those counties.

When such tragedies happen, over decades, the questions WE should ask ourselves is what should we be doing differently? And many things could be said. End marginalization. Improve education. Improve intelligence gathering and emergency response. Retrain the armed forces.

And so much more. That is what any HUMAN BEING does. Tragedies and human suffering demand we take the burden of fixing society so that we minimize the possibility of people dying for the stupidity of the ruling elite. But what does GoK do? It holds the victims responsible.

In it’s estimation, Kenya Institute of Curriculum Development(KICD) thinks that the problem is that our children don’t have skills in self-defense and anti-terror drills. It has now written that curriculum into law. Note that CBC does not enjoy that privilege. It didn’t even reach parliament. 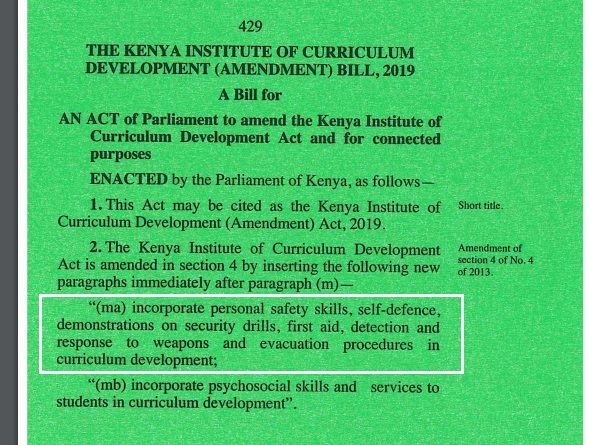 And in GoK’s defense, people ask evil hypothetical questions about “what if..” to people who can never answer back because they were victims of the ultimate crime – that of theft of their lives. 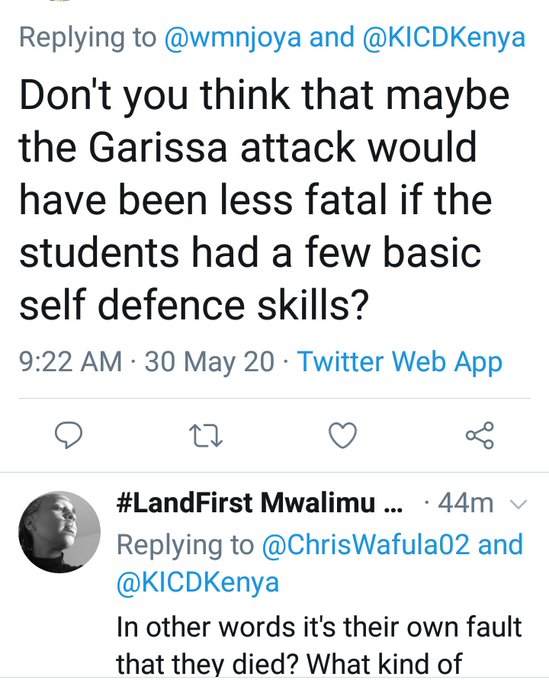 Let me tell you Kenyans: the beginninng of inhumanity is when we start asking hypothetical questions of the dead instead of asking concrete questions to the living. And this is the evil of the British imperial government that is in Nairobi. It has no soul. It does not see people.

But instead, CBC has removed knowledge from the curriculum, it aims to turn kids into mindless workers. Now with this law, the kids are being trained to expect to be killed, not to be loved and protected by all of us as their parents. This KICD amendment is evil.

And do not be enticed by the serpents in the garden that is education with questions about what Garissa students could have done, and what our kids can do to prevent themselves from being killed. DO NOT ANSWER THOSE HYPOTHETICAL QUESTIONS.

If you try to answer, you get locked in the evil logic and you will go down a path that will destroy your soul. We have an evil government if its primary question is not what we must do to enhance life, but what the potential victims of murder can do to protect themselves.

Ultimately, the work that Kenyans must do is soul restoration. We must go back to our humanity, ask ourselves what care and love look like, and what we must do to return it back. Do this instead of following the soap opera of politicians.

Let politicians, and their civil servant maids and butlers writing evil laws, drift in their imperial Titanic towards the iceberg of justice. Let them sink with their souls. Let’s not follow them.

The problem isn’t policy or inefficiency any more. It’s our inability to care and to know. So let us instead restore our souls. Let us read, love, tell our stories, and remind ourselves what it means to be human. LOVE is the revolution.